In opposition to the usual approach, the author describes, judges and criticises soviet philosophy not from ‘the’ Western philosophical view point, nor from any other given standard. The starting point is that philosophy is and remains a process of work, which may be practised on its own terms and is, therefore, always individual. Soviet philosophy is in spite of, and also in part because of, all of the repression and ideology, a field of ideas and concepts which have yet to find their place in the philosophy of our world. The first part of the thesis contains a succinct history of soviet philosophy and a critical analysis of the phenomenon of soviet philosophy. The second section provides the author’s analysis with concrete shape in a comprehensive study of one of the specialisms, philosophical historiography, in which fertile use is made of theories developed by the soviet philosophers themselves. 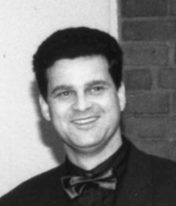