This study is based on an analysis of ten novels of the late seventeenth century, two of which were re-published by the author. The author compares the novels as regards content with similar foreign books and examples from the eighteenth century. She investigates the role of publishers and looks for the reception of these works. Her central thesis is that the ideas of the radical, enlightened philosophers were distributed on a large scale by these canals. Libertine thinking was associated with a libertine way of life. A role in dealing with tensions typical for early modern urban society is attributed to these early novels. In this respect the genre in the Dutch Republic showed a more direct and recognizable, even visible, social setting than its French counterparts. The dissertation testifies to multilateral approach from a historical, literary, philosophical and cultural point of view. It is based on a thorough study of a broad range of primary and secondary literature. By combining these different disciplines Inger Leemans has provided a plausible explanation for the origins of the Dutch novel. 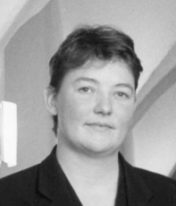