Dissertation
Deserving Citizenship. Citizenship Tests in Germany, the Netherlands and the United Kingdom

Ricky van Oers’ thesis is an important study of the aims, contents and effects of citizen tests, which have been introduced in Germany, the Netherlands and the United Kingdom over the past ten years. She has combined data obtained by different research methods: analysis of political debates, content analysis of the texts, statistical information about the effects of the introduction of these citizen tests, and interviews with those involved. She has devoted much attention to the effects of the introduction of the citizenship test in all three countries surveyed. Her work has attracted much attention in the academic world and holds up a mirror to politicians by comparing the effects to the initial objectives. 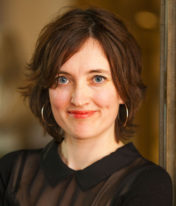