Guido Goossens convincingly argues how the controversial German filmmaker and essayist Hans-Jürgen Syberberg (1935) seized upon motives in the arts that were misused by the Nazis (Richard Wagner, Ludwig II van Beieren; Henrich Kleist, etc.). By a detailed analysis of Syberbergs most important films from different stages of his career, he makes it clear that the filmmaker intended to denazify the cultural heritage that had been contaminated by the Nazis in order to return it to its cultural dignity. In the period of the West-German cultural debates in the 1970s and 80s this was a far from politically and intellectually correct thing to do. It is all the more important that the author does not limit his research to the reception of Syberbergs work in the internal guilt ridden vision in Germany, but that he also includes the more detached and more positive appreciation Syberbergs work received for instance in France or the United States. Until now no German author has succeeded in bringing so much nuance and reason in the appreciation of Syberbergs work. Goossens places Syberbergs oeuvre in the context of the German, French and American history of ideas. In doing so he makes the German and the non-German reader aware of the soil on which the internal German discussions grew in the past and are still florishing. The soil is still the same, only now the issues are the debates between Walser and Buber or the latest Hitler-film Der Untergang. The historical basis as sketched by Goossens keeps its explanatory power. It helps the reader to see how the problems and ambivalences connected with the Vergangenheitsbewältigung can be understood. 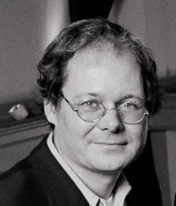