This dissertation has two authors: it is a co-production by Marnix Croes en Peter Tammes.
The question of the relatively high mortality of Dutch jews during the Nazi occupation has occupied many historians. This study offers a fundamentally new approach through the basic methodological principles applied. Croes and Tammes sifted through archives formerly not examined; chose the municipal and the provincial level as their units of analysis and applied a systematic and statistical analysis to an extensive quantitative database. After a thorough examination of the value of their basic sources, the municipal lists of jews, they examined the essential actors and factors: the role of the German police forces, of the Dutch collaborating volunteer assistant police, of the mayors, of the Dutch police and of the non-jewish population. The results are in many cases surprising and call into question a great deal of the accepted hypotheses. Contrary to earlier views a much greater variation in places and persons is found in the working of the occupation force and in relation to the chance for jews to survive in certain places. It appeared that it did not matter so much as to who was the mayor, but rather how many members in a certain community had joined the volunteer assistant police. The most remarkable conclusions are that the scale of the resistance and the share of the Dutch Reformed in the municipalities show a strong negative relation with the chances for survival of jews. These turned out to be optimal, however, in municipalities with a predominantly Roman Catholic population. 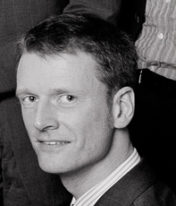