Dissertation
The End of the World. Civilisation, Irrationality and Gypsy Cafes in Serbia

Dr. van de Port’s book is both experimental and original in intention and concerns one of the few studies in the field of social disorder. The research in Novi Sad was directed at gypsy cafes, remarkable enclaves of theatrical wildness in a bourgeois society: what is it that moves the respectable burgers of Novi Sad to kick over the traces of the European ideals of civilisation under the inspiring guidance of a gypsy musician. The author revises the old debate in cultural anthropology about ‘inversion rituals’ where the taboos which support the social order are violated and where the dominant cultural order is knowingly overthrown. Shortly after the research began, war broke out in former Yugoslavia and flagrant violations of the ideals of civilisation occurred on the nearby frontlines. It its own gruesome way, it would appear that war itself is an inversion ritual. The author describes how passionately the Serbs wished to belong to ‘civilised Europe’, but also how alienating and false the image of civilisation appears to people who have learnt of the gruesome experience of war across generations. The notion that the figure of the gypsy reminds the Serbs of the world that lies hidden beneath the veneer of civilisation is at the heart of a number of case studies of events in a gypsy café. 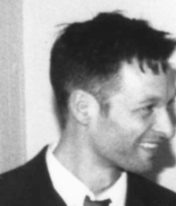