Dissertation
The Fiber and The Fabric. An Inquiry into Wittgenstein’s Views on Rule-Following and Linguistic Normativity

This thesis is concerned with the problem of rules in Wittgenstein’s work, a subject which may be regarded as one of the most fundamental problems in the philosophy of language. The question of the status of rules is of basic importance in considerations of language and interpretation. Traditional views on rules, which are often followed uncritically in contemporary theories, meet with fundamental philosophical difficulties. Saul Kripke’s controversial interpretation of Wittgenstein?s critique on rule-following has led to a new discussion. Stein penetratingly refutes Kripke’s interpretation and gives a new exegesis of Wittgenstein?s ideas. His contribution to the discussion is highly relevant, also in areas outside the philosophy of language in the strictest sense. Stein’s analysis leads to a fundamentally different view of rules and thus of the status of the subject as language user. From this perspective the author expresses fundamental criticism of prevailing views on language and meaning in modern linguistic theories, including those within the Chomsky paradigm. 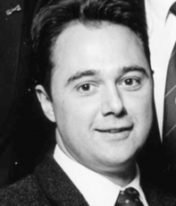