This thesis is the result of the investigation carried out by the two authors into the application of a directive from the Council of Europe, issued in 1985, concerning the treatment of victims of crime in the criminal justice system. The researchers carried out fieldwork in 22 European countries and, with the exception of Greece and Turkey, studied the original sources. The investigation centred on the measures taken in order to bring the legal system into line with the European directive, considering which measures had worked and which had not worked. Why are some jurisdictions successful while others fail? What are the reasons why some countries have made more headway in the application than others? The book traces the critical success factors. With its broad comparison of countries and legal systems it is of great documentary and encyclopedic value. The authors also present an analysis, their own theory and a synthesis. Their considerations of the way in which the concept of victim is defined are of major relevance from the theoretical point of view and also with regard to the direct application in criminal law, where the role to be played by the victim during the proceedings is the subject of much discussion. The international significance of the book is evident. 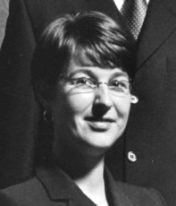