Dissertation
In the Name of the People: Perpetrators of Genocide in the Reflection of their Post-War Prosecution in West Germany. The ‘Euthanasia’ and ‘Aktion Reinhard’ Trial Cases

In his thesis Dr De Mildt seeks an answer to the question also posed by the American author Goldhagen, in his book Hitler’s Willing Executioners: what motivated the people who carried out Hitler’s genocide? While Goldhagen concentrates mainly on one single case brought in the 1980s against German policemen, De Mildt takes a much broader basis for his study. Not only does he consider more than forty criminal suits in his investigation but – perhaps even more importantly – he focuses not only on the mass muder of Jews but also on that of persons of German origin suffering from mental illness. His research is concerned with two questions. The first is related to the ‘profile’ of the perpetrators of genocide: what sort of people were they and, in particular, what were the basic motives which made them participate in Hitler’s policy of extermination? The second question concerns their post-war sentencing: how and on the basis of what arguments did the German courts interpret the joint responsibility and guilt – or innocence – of these perpetrators of genocide, and what was their punishment, insofar as they were punished at all? Drawing on his considerable knowledge of the extensive literature as well as on an imposing quantity of case material – for the most part still not publicly available – the author has corrected existing views on a crucial point. In unparalleled fashion he has substantiated the familiar proposition by Hannah Arendt concerning the ‘Banalität des Bösen’: a conjunction of often trivial factors can turn normal citizens into murderers. The book also gives us greater insight into the administration of justice in Germany in the years after the Second World War. As an historian the author has succeeded in avoiding the dangers on misinterpretation of verdicts, so that one can speak of a truly interdisciplinary study which augments our bewilderment with knowledge. 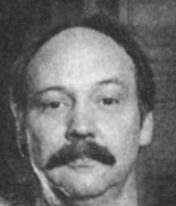