This dissertation is a successful, multidisciplinary analysis of the asylum procedures in the Netherlands. The study contains a quantitative analysis of decisions on asylum requests by men and women over a period of seven years. Subsequently special attention is paid to the investigation of 252 dossiers of female applicants from six countries. Besides an extensive comparative legal survey is given of the jurisprudence in some western countries regarding the admittance of female asylum seekers and the grounds on which the asylum is granted or denied. With the help of these sources the author critically examines the grounds on which asylum is denied in concrete cases. The author has a sharp eye for human details in the asylum cases, for the asylum stories from the land of origin as well as for the interpretation of these stories by the official instances in the Netherlands. He comes to the conclusion that a pattern of gender related assessment of asylum requests exists. In most cases women benefit from this system, but sometimes in the case of assessing violence against asylum seekers it is a disadvantage. The book ends with a discussion of the feminist criticism on refugee law, especially where the special position of women is concerned. This study has a varied character, interdisciplinary, empirical and a thorough quality, but above all it is critical towards present asylum policies, the legal decision process and the cultural premises that steer that process. It is a valuable contribution to the theoretical and empirical study of the practice in refugee law. 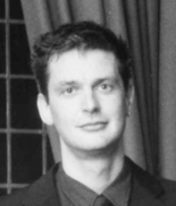