This thesis examines the significance of the North in Russian Romantic literature, both from a literary point of view and from that of cultural typology. The emphasis is not so much on the question of literary borrowing and influences but rather on the function of the North as a spatial/ideological reference point for Russia’s national identity. The point of departure is the fact that during the eighteenth century Russia started to claim the North as part of the ‘national’ entity, no longer identifying with the East as at the time before Peter the Great. The North functions as a symbol of the ‘new’ European Russia; ice, snow and bare marshland at first fulfill a negative role: the ‘nothing’ from which Peter’s Russia was created. Offsetting ‘effeminate’ French culture, the winter becomes increasingly ‘domesticated’ in literature, in order to express the ‘real’ character of the Russian people. Between 1820 and 1850 a large number of works were produced on the theme of North-South opposition (St. Petersburg-Caucasus). Alongside the typically romantic longing for the ‘exotic’ South, there is sometimes nostalgia for the country’s ‘own’ North, which is seen as ‘more honest’ and ‘more reliable’ than the seductive luxuriance of the South. One of the most Romantic cliché of northern women (blond, faithful, self-sacrificing) compared with women from the South (dark, passionate, dangerous) and the development of the ideal image of woman in nineteenth-century Russian culture. Finally the author considers the ‘other’ North, Russia’s northern neighbours the Swedes and the Finns. While the Swedes are consistently portrayed as the ‘intractable enemy’, the Finns are sometimes depicted as a poor fisherfolk, completely at the mercy of nature, and on other occasions as a timeless people who will be quietly casting their nets even when St. Petersburg has been swallowed by the waves. 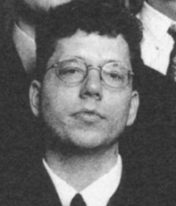