The dissertation of Wouter Vanstiphout presents a new vision on the history of architecture in the Netherlands in the first half of the 20th century. Until now it was argued that the most important Dutch contribution to international building must be sought in the steering by the government of town planning and housing in cities like Amsterdam and Rotterdam. It is less known that the internationally acknowledged quality of social housing in the Netherlands is to a great extent indebted to the efforts of the private building sector. By concentrating on the sizeable but largely unknown housing architecture of the Rotterdam architect Jo van den Broek, Dr Vanstiphout has succeeded in bringing this aspect of Dutch housing architecture to the attention of historians, public housing authorities and policy makers. He concentrates on the relation between Van den Broek as a thinking and performing architect and the many local urban stories on the harbour, the bombardment, the reconstruction and later town planning. The resulting book is a mixture between an architect’s biography and an urban monography of Rotterdam. The unorthodox choice and presentation of the pictures make them more than just illustrations of the text; they can be read as independent visual material. 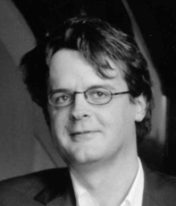