Starting point of the author is the paradox that in the sober climate of the reformed Republic after the sixteenth century iconoclastic fury (‘beeldenstorm’) many funerary monuments of high quality were erected. He first investigates the organisation of the trade and the available materials and ends with a novel chapter on the expressions of public, almost tourist interest in these monuments during later centuries. Each of the four central chapters of the book treats a typical relationship between artist, commission and patron.
The contextualisation of the objects studied focuses on the social, political and religious currents that steered the wish for monumental expressions of sorrow and glory. It concerns brilliant and conspicuously placed monuments and some very influential patrons or intermediairies like Constantijn Huygens. The author has an eye for refined stylistic analysis and comparison with other forms of artistic expression, as well as for the social messages that the servants of the young Republic and the aristocrats through this medium sought to convey. 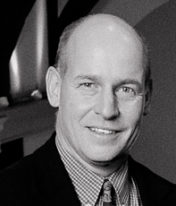