Dissertation
True friends of the people. The early socialist movement in Amsterdam 1848-1894

Everyone who has the idea of knowing everything about the development of socialism in Amsterdam in the second half of the 19th century will encounter a pleasant surprise when reading the well written and extremely fascinating study by Dennis Bos. Contrary to his many predecessors he does not choose as a starting point the organization of political groups, the leaders and their rhetoric and their mutual conflicts. Much more has the author chosen – guided by an extraordinarily wide range of sources – for a reconstruction of the forms of society that make people prefer to join one faction or the other. People felt connected on the basis of differing social characteristics that had to do with the neighbourhood they lived in, the predominantly socio-economic and socio-cultural characteristics of their district. This approach, which was inspired by anthropology, rests on an extremely thorough investigation of the archival and other sources. In this way the author has succeeded to situate hundreds of active members of the organizations in a social network. Better than the superficial political conflicts of the leading men this explains how segments of the Amsterdam society in very different ways came to join the socialist movement. This study is praised for its innovating and thorough way of handling a societal process of change. It opens new ways into the social history. 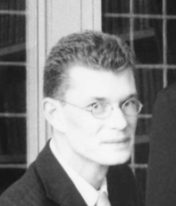