Dissertation
Discourse Particles in Latin. A study of nam, enim, autem, vero and at

This thesis deals with a category of particles in Latin dialogue which are summarised in reference books under the heading of ‘co-ordinating conjunctions’. Particles are the elements of sentences which remain after parsing and may be left out without affecting the content of the sentence. They are, however, of great importance in the interpretation of a speaker’s meaning. The particles nam, enim, autem, vero and at in this category are discussed in detail. The function of the above-mentioned particles is traditionally described in terms of the expression of semantic relations between consecutive principle clauses: nam and enim are considered as more or less synonymous markers of a causal link between consecutive sentences; autem, vero and at as mutually competing means of expressing opposing relations. This description is an extreme simplification of the actual situation and is problematic on a number of points. This study makes use of modern insights originating predominantly from the analysis of spoken language and develops a framework by means of which these Latin particles, and similar ones in other languages, may be charted. The application of the theoretical model ultimately results in a sub-division into three function groups: nam and autem, at, and vero and enim. This sub-division into three function groups differs considerably from the traditional classification into semantic-syntactic categories. The functional descriptions provide a better insight into the effects that the particles could have in a specific context, thus making it clear that these Latin particles cannot be considered as meaningless elements which may be strewn at will throughout a text. 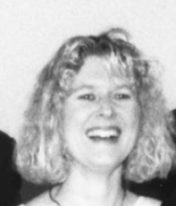