This study is a survey of the production of illustrated handwritings as well as ownership by the high nobility in the Netherlands between 1400 and 1550. The central idea is that ownership of books in all aspects is a reflection of social life, political relations and aesthetic values and its dynamics. The first part of the book lists over 3000 illustrated handwritings produced in the provinces of the Netherlands between 1400 and 1550. Some of the questions raised are: where, in which ateliers, what are the different genres, materials and sizes, which ones were sparsely illustrated, and which ones exuberantly, etcetera. Ownership of books is a sign of wealth. The second part of this thesis consists of an inventory of who possessed how many and what sort of handwritings, and how were they acquired. The discussion here is about patronage: the dukes, with Philip the Good in the first place, the high nobility, the nouveau riche at the court and noble women. The originality of this study consists of the application of statistic methods. In this way the cultural heritage is opened up in a totally new manner, as a result of which (cross-)connections can be ‘calculated’ and patterns become visible. For instance, the average size of books owned by women is smaller than of men. This can be explained by the fact that women in particular possessed books of hours which, like a prayer book, must suit a small hand. Men own books that are politically orientated, sometimes ordered in preparation to a political rapprochement, at times acquired after a take-over. Thus this dissertation provides a rich and multi-coloured view of mediaeval culture. 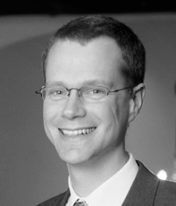