Dissertation
European Asylum Law and its Relations to International Law

This study describes and analyses the mutual relation of classic international law with its international treaties for the protection of human rights, European Union law trying to concretize and harmonize the human rights treaties in European legislation and the national legal asylum systems, which may differ considerably, but which in the end have to comply with international and European legal norms. Hemme Battjes is the first to describe and analyse European asylum law as a coherent system. He also analyses the complicated relation between two in itself equivalent norm systems of European asylum law and the human rights treaties. 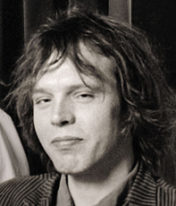