Dissertation
Sodom’s seed in the Netherlands. The emergence of homosexuality in the early modern period

Dr. Van der Meer, a graduate in Dutch language and literature, has approached his subject from the point of view of social history and the historical study of mentality. His research into the origins of homosexual subcultures and identity – and consequently into the development of relationships between and within the sexes – is to a large extent based on material from criminal law. Radical changes at the end of the seventeenth century brought about new relationships between and within the sexes. They also resulted in ‘new’ homosexual desires and the rise of homosexual subcultures in the Netherlands and north-western Europe. Until this time contacts between persons of the same sex had been characterized by hierarchical differences between the partners. As from the last quarter of the seventeenth century homosexual relations were formed which were to a much greater degree based on equality. The discovery of homosexual subcultures in the Netherlands in 1730 led to violent action on the part of the authorities and forced church and authorities, after centuries of silence, to speak out on what had so far been the ‘unspeakable sin’. It was mainly sex, gender and desires that were discussed – in publications, by means of elaborate rituals around the scaffold and through the reactions of the general public. Reluctantly the members of the subcultures also began to speak out, in order to stand up for themselves. They seized on significant aspects associated with their behaviour and turned them to their own advantage, thus developing a homosexual consciousness. Dr. Van der Meer describes and analyses the processes of change in a manner which enables the life, way of thinking and behaviour of people of the eighteenth and nineteenth centuries to be brought close to the world as we perceive it today. 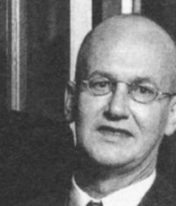