This study considers a complicated and unexplored area of political science and political philosophy, namely the question of the conceptual/theoretical significance of the term parliamentary, political representation and the conceptual/theoretical consequences of this significance for the functioning of representative state organizations. The book is a detailed history of ideas, from Rousseau to Gadamer. The philosophy of law, political philosophy and also theology alternate with each other in an often unexpected fashion. The phenomenon of political representation is set out in an extremely well-balanced and illuminating manner, resulting from the approach from three different perspectives: the constitutional, the historical and the theoretical. The considerations regarding the concept of political representation also offer an appealing frame of reference for the more practical evaluation of various constitutional and political developments, such as the present debate on the relationship to be desired between referenda and indirect, representative democracy. The phenomenon of representation, which is now under much discussion in Dutch politics (in particular the fundamental question of who or what the political parties still represent), is considered and analysed in detail. 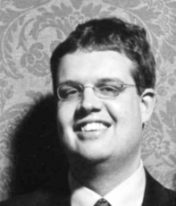