In many aspects this book can be regarded as an addition and partly as a correction to E.J. Dijksterhuis’ famous study on the mechanisation of our world view. Seen from the present and within the framework of the history of the natural sciences the development as described by Dijksterhuis has been the dominant one and the only one that has been successful. Viewed from a seventeenth century perspective however this development looks quite different. Nature was seen as a second book of God, next to and originally parallel to the Bible. The study of nature was not meant, at least until the middle of the seventeenth century, to learn more about nature itself, but to come nearer to God and get a better insight into His wisdom and omnipotence. This gradually changed into a fascination for nature as an expression of God’s will and power as a creator. Nature no longer refers to the Bible, but to the order and method that indicates a divine origin. Jorink interprets this development as the scientification of the approach of the Bible by exegesis, textual criticism and historical research. The author chooses four fields in the literature of the seventeenth century that show how the metaphor of the book of nature was developed and how the meaning in this development gradually changed. These four fields are: comets, insects (the wonders of God’s least valued creatures), collections of rarities and the miracle books. In all cases he shows on the basis of contemporary literature that the original parallelism between the Bible and nature and the simple and almost literal translation of nature in biblical terms changed into a more modern conception. Nature does not mirror the Bible, but is a book to be read for its own merits. 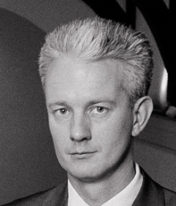