Dissertation
The Crisis of Causality. Voetius and Descartes on God, Nature and Change

In December 1641 the Utrecht theologian Voetius published a short essay opposing the ‘New Philosophy’ of the French philosopher Descartes and his Utrecht ally, Regius. The title of this essay On the Nature and Substantial Form of Matter indicates that Voetius wished to defend the Aristotelian philosophy then accepted in the universities, against the mechanistic view of nature posited by the Cartesians. The Utrecht crisis is interpreted in this book as a clash between opposing theories of natural change and their associated insights about God and Nature. An understanding of causality was essential for Voetius; the Bible was the starting point for all other knowledge. Aristotelian principles of movement were the only ones that could be seen being in conformity with a world view in which God had created all things in such a way that they might achieve the ends that He had intended with His creation by means of their internal capacities. Descartes deprived the physical reality of both its real qualities as well as its substantial forms and explained natural processes purely in terms of the external influence of moving matter. He introduced a new metaphor in which the demands of causality could be satisfied; the world a machine. Voetius perceived Cartesian philosophy as a step back to animistic or ‘materialistic’ philosophies. The revolutionary nature of Descartes philosophy emerges, however, precisely in his disagreement with Voetius, as for example, in the question of to what extent we may be certain of the accuracy of physical models, or in the question of the place of God in the world of natural science; questions which still have an influence on our thinking today. 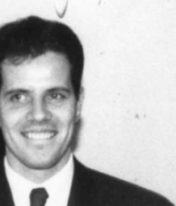