Dissertation
A Syrian in Greek Dress. The Use of Greek, Hebrew and Syriac Biblical Texts in Eusebius of Emesa’s Commentary on Genesis

Born in the city of Edessa around the year 300, Eusebius received a Greek education. He eventually became bishop of the Hellenized Syrian city of Emesa. Eusebius? commentary on the Book of Genesis, the subject of this thesis, was originally written in Greek but only fragments have survived in this immediate version. The text as a whole, however, has survived in an Armenian translation. More than his Greek predecessors, Eusebius wrestles with the problem that the Greek Bible is a translation of the original Hebrew text and does not always precisely convey what the original biblical writer intended. In addition to the original Hebrew text, of which he has only a limited knowledge, Eusebius often quotes from the Syrian Bible, written in his mother tongue. These three alternative versions of the Bible form the foundation for the thesis. With all material at his disposal, the author has been able to identify Syrian biblical quotations as belonging to the early Peshitta version. This means that Eusebius? Greek provides us with a most important insight into Syrian Peshitta, one century before the oldest Peshitta manuscript. The primary sources in three very different languages (Greek, Armenian, Syrian) are meticulously subjected to textual criticism and an examination of their content. For many of the passages Ter Haar Romeny provides the first translation into a Western language. In a unique manner the author uses Eusebius and his struggle with three Bibles in order to illustrate the linguistic and cultural situation in fourth-century Syria. 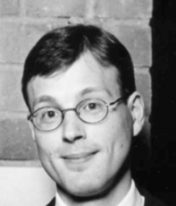