Dissertation
The Democratic Accountability of Central Banks. A comparative study of the European Central Bank

Using the method of comparative law, the author presents a critical analysis of one of the most controversial aspects of the institutional relationships between governments and parliaments on the one hand and central banks on the other. A number of systems (those of America, New Zealand, Germany, France, the United Kingdom, the Netherlands and that of the European Central Bank) are compared. The study also proposes original solutions to the problems involved. The subject is a difficult and sensitive one, for lawyers, political scientists and economists and also for politicians. The book therefore takes into consideration the different views to be found in economic literature concerning the independence and responsibility of central banks. The conclusion reached in the thesis is that the democratic responsibility of the European Central Bank should be strengthened by means of an enhanced role for the European Parliament. This makes the thesis of great academic and social value. 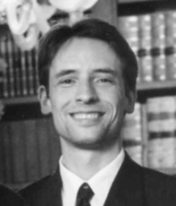