The Erasmus Prize for law was shared in 1976 by Amnesty International, the human rights organization, and René David, scholar of comparative law.

Established in London in 1961, Amnesty International promotes freedom of conscience and expression throughout the world, as the fundamental principles which have been enshrined in the Universal Declaration of Human Rights. Amnesty International aims to give legal, moral and material support to people who have non-violently expressed their views and been imprisoned or persecuted on the grounds of their political or religious convictions, race or nationality. The organization is independent of all governments, political parties, ideologies and beliefs. Amnesty International conducts research and acts in order to prevent and end grave abuses of the right to physical and mental integrity, freedom of conscience and expression, and freedom from discrimination. The organization devotes itself to the principle of fair trial by impartial courts of justice. Campaigns by Amnesty contributed to the drafting process for the United Nations Convention Against Torture in 1984. Having grown in the 1970s, the organization was able to pay attention not only to prisoners, but also to disappearances and the violation of human rights in general.

Amnesty International used the Erasmus Prize money for computer registration of its ever-growing archives of documentation. 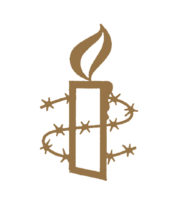