The Erasmus Prize for law was shared in 1976 by the scholar of comparative law René David and Amnesty International, the human rights organization.

Born in 1906, René David became Professor of Law at Grenoble when he was only 23. After the Second World War, during which he was seriously wounded, he was a professor at the Sorbonne from 1945 to 1968, later becoming a professor at the University of Aix-en-Provence until his pension in 1976. Throughout his life, David maintained ties with universities all over the world.

David had an international reputation in the field of comparative law. Indeed, the flourishing of this extremely international subject has been accomplished by his intelligent contribution to the harmonization of law in different countries. Third-world countries in particular profited greatly from his drafts of codes suitable for their use. His great linguistic ability and his lucid and original style of thought surely stood him in good stead. David made an important contribution to a better mutual understanding between various legal systems. His countless publications include Les grand systèmes de droit contemporains (1964), as well as the section of the International Encyclopedia of Comparative Law (1972) on international unification of private law. His autobiography Les avatars d’un comparatiste was published in 1982. René David died in 1990.

René David donated half of his Erasmus Prize to the Association Internationale de Droit Comparé. The aim of this foundation is to encourage teaching and research in comparative law. The funds were used to enable students and professors from the East Bloc countries to attend courses at the institute in Strasbourg. 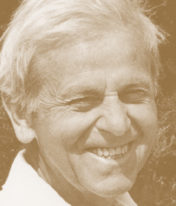