The Erasmus Prize this year was dedicated to ‘the overlap between history and sociology’. As a framework for our understanding of history, the social sciences are growing in importance. The prize went to the American scholar William McNeill for his pioneering work in the field of world history.

Through his studies, William Hardy McNeill (1917-2016) has shown that the perspective of world history reveals relationships on a larger scale and can shed new light on episodes in the history of individual countries and continents. This in turn gives us a better understanding of such troublesome phenomena as epidemics, ethnic conflicts and environmental pollution. His work has therefore provided fresh impetus to both history and the social sciences.

William McNeill was able to enlighten extremely wide-ranging problems without sacrificing scholarship and accuracy in the least. His most important work is The Rise of the West: A History of the Human Community (1963), in which he explains how the contact between the various civilizations has been a driving force behind historical developments. The concepts ‘group’ and ‘interaction’ play a fundamental role. McNeill applied these concepts in his study of epidemics (Plagues and People, 1976), war and weapons (The Pursuit of Power, 1982), and of ethnicity and pluralism (Polyethnicity and National Unity in World History, 1986). Other important works include Keeping Together in Time: Dance and Drill in Human History (1995), The Human Web: A Bird’s Eye View of the World History (2003), and the biography Arnold J. Toynbee: A Life (1989).

Professor McNeill gave half of his prize money to Andrew Sherratt to fund his work at the Ashmolean Museum in Oxford. The other half was shared by Professor Johan Goudsblom and Dr Fred Spier (University of Amsterdam) for their research into world history. 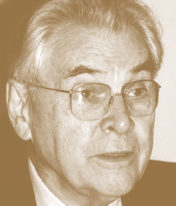