The Union Académique Internationale was awarded the Erasmus Prize for promoting cooperation among nearly all European academies and for stimulating important scholarly research. In doing so, it not only maintained and raised the level of European humanities, but also encouraged research in cultural areas outside of the European tradition. The then President of the Union, Professor Rensselaer W. Lee of Princeton University, accepted the prize.

Founded in 1919, the Union Académique Internationale is in essence a supranational organization, whose aim is to promote cooperation in research and the publication of material in the fields of philology, archaeology, history, the humanities, and the political and social sciences. Forinstance, the Union made possible the publication of the medieval Latin translations of Plato and Aristotle. Byzantine music, a Corpus des Troubadours, medieval Latin, an encyclopaedia of Islam, the terminology of international law and inscriptions are among the current projects. Another project involving collaboration by universities and museums all over the world is the Corpus Vasorum Antiquorum.

The Union Académique Internationale gave its moral and financial support to the 1963 plan to publish a new critical edition of the Opera Omnia by Erasmus. As a result, the first part in the series was able to be published in 1969, commemorating the 500th birthday of Erasmus. 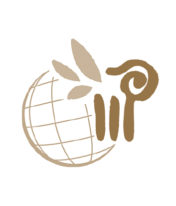