The Erasmus Prize was awarded in 2000 to the world of dance in the Netherlands as personified by Hans van Manen. Hans van Manen was praised as the perfect representative of the broad group of large and small dance companies, dancers, choreographers and other specialists whose work contributes to dance as a professional performing art. In the second half of the twentieth century they jointly succeeded in bringing Dutch dance to the highest international level.

Hans van Manen used part of his Erasmus Prize for the digitalization and conservation of his work. 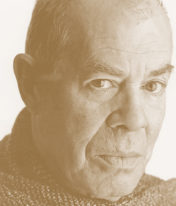