his year’s recipients were both the Archivo General de Indias and Simon Wiesenthal. The Archivo General de Indias is the most important neutral institution for the study of more than three centuries of colonial relations between Europe, Spanish America and the Philippines. The Erasmus Prize for this world-famous colonial archive in Seville was accepted by Jordi Solé Tura, the Spanish Minister for Culture.

Dating back to 1785, the archive is by far the most important source for research into the History of the Spanish Empire. It brings together the collections of the Council of the Indies (Consejo de Indias), the House of Trade of the Indies set up by the Spanish government (Casa de Contratación), and of the consulates and later state secretaries. It comprises dozens of millions of documents: from decrees, trade reports and construction drawings to maps, correspondence and orders.

The archive provides insight into attitudes towards America and into the influence the Americas have had on Europe. The archive also plays an essential role in the intellectual exchange of ideas between Europeans and Americans.

The Archivo General de Indias was an early user of the new digital techniques for conserving and managing collections. As such, it has served as an example for other institutions. 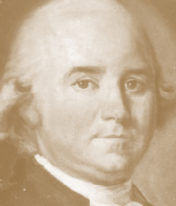