The 500th birthday of Erasmus was celebrated in Rotterdam in 1969. The presentation of the Erasmus Prize to Carl Friedrich von Weizsäcker and Gabriel Marcel in the St. Lawrence church marked a high point of the commemorative celebrations.

Carl Friedrich Freiherr von Weizsäcker (1912-2007) earned his doctorate in physics at Leipzig University in 1933. In 1935 he posited the ‘Weizsäcker formula’ for the energy content of atomic nuclei. His scientific work on nuclear fusion and the origin of the earth was world famous. In physics, Von Weizsäcker was – like Bohr and Heisenberg – a member of the ‘Copenhagen school’. After the Second World War, he was held in custody for a year by the British because of his collaboration in the German nuclear programme – and consequently the possibility of nuclear weapons. From 1946 he continued his research as a professor of physics in Göttingen and Munich, and as a professor of philosophy in Hamburg. In 1970 he took charge of his own foundation, the Max Planck Institute on the Preconditions of Human Life in Starnberg, near Munich.

His experiences in the war convinced him of his enormous social and ethical responsibility as a man of science. In 1957, eighteen German scientists spoke out, at Von Weizsäcker’s instigation, against nuclear armament and the development of these weapons.

Von Weizsäcker published his work on physics as such, but he also gave physics a place in a broad historical and philosophical perspective. He tenaciously raised the issue of responsibility and sought new ways to assure a future in peace and freedom in a technological era. 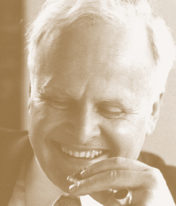