In 1975 the Erasmus Prize was shared by Ernst Gombrich and Willem Sandberg.

Ernst Gombrich (1909-2001) was born in Vienna, where he studied art history, earning a PhD for his research on Giulio Romano’s Palazzo del Te. In 1936 he saw no alternative but to emigrate to London, where he became a research assistant at the Warburg Institute. In 1959 he became a professor of ‘The History of the Classical Tradition’ and director of the Warburg Institute.

Even in his youth, Ernst Gombrich was deeply interested in the central questions of art history and art criticism, and possessed the gift of explaining the most difficult problems in a simple, clear style. For that reason, his readers include experts and laymen alike. Professor Gombrich’s area of particular interest was the Renaissance; his studies in the field of iconology and his ground-breaking publications on perceptions and appreciation of art have been important. Gombrich combines experimental psychology, sociology and art history so brilliantly and in such a level-headed way that fundamental problems – stripped of all mystery – are shown in a new light, offering us a clearer understanding of the artist’s creative process. Gombrich argues that the most important factors for a change in style are the result of rational activities rather than the mysterious and changing ‘Zeitgeist’, a notion he strongly opposed.

Ernst Gombrich made his half of the prize available to the Warburg Institute at the University of London. The money was used to help young researchers of various nationalities to publish their studies in the fields of art and cultural history. 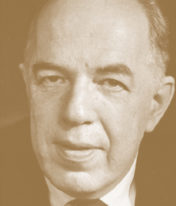