The Italian architect Renzo Piano (1937) became famous with his design of the Centre Pompidou in Paris, together with Richard Rogers. The Erasmus Prize was awarded to Renzo Piano because of his use of technology as a means – and never an end – in his designs.

Born into a family of building contractors in Genoa, Renzo Piano was interested in materials and construction even as a child. It is for good reason that his company is called a ‘building workshop’. He uses the latest technology with inventiveness and virtuosity but always combines this with respect for the time-honoured craft and a love of detail. His buildings are masterpieces of light and lightness. He manages to integrate elements from the local tradition and the social and natural environment with technology, creating a humane and organic whole. This does not mean, however, that his buildings cannot take spectacular forms.

Besides the Centre Pompidou (1977), his most famous works include the travelling pavilion for IBM (1986), the Menil Collection museum in Houston (1987), the Bercy 2 shopping centre in Paris (1987), San Nicola Stadium in Bari (1990) and Kansai International Airport (1994) on an artificial island off the coast of Osaka. For Amsterdam, he designed the NEMO science museum (1997), and he was responsible for the master plan for the reconstruction of the Potsdamer Platz in Berlin (2000). Notable designs from his later years include the Parco della Musica auditorium in Rome (2002), the pilgrims’ church for Padre Pio in San Giovanni Rotondo (2004), the Shard London Bridge Skyscraper (2004) and the Natural History Museum in the Golden Gate Park in San Francisco (2008). Renzo Piano has also designed bridges, cruise ships and cars. 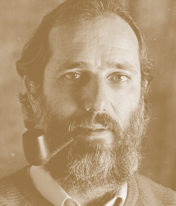