The expansion of the European Union inspired the Foundation to make ‘Cultural Fault Lines’ the theme of the 2001 Erasmus Prize. This referred to the confrontation that takes place whenever boundaries – cultural boundaries in particular – shift. Two individuals were awarded the prize: Claudio Magris and Adam Michnik. The work of both laureates is strongly linked to the turbulent history of Central Europe. Both men have shown how our perceptions of identity and events can be influenced by changes in the political system or by shifts in geographical borders.

Claudio Magris was born in 1939 in Trieste. Both the time and the place of his birth are symptomatic of the chosen theme. As Professor of German Language and Literature at the universities of Turin and Trieste, Magris grew to become one of Europe’s leading philosophers of culture. He translates German literature and writes regularly for Corriere della Sera. From 1994 to 1996 he held a seat in the Italian senate. Magris wrote a dissertation on the Habsburg myth in modern Austrian literature, which led him to rediscover East European literature and to draw Italy’s attention to East European culture.

The book that established his name is Danubio (1986), a cultural history of the river Danube and the lands through which it flows, in which a colourful and multicultural panorama of European history unfolds. In his essays, Magris presents intimate mini-descriptions of places and persons which implicitly convey the message that we must not forget the past. Other well-known works by Claudio Magris include Illazioni su una sciabola (1984), Un altro mare (1991), Microcosmi (1997), the collection of essays Utopia e disincanto (1999) and his novels Alla Cieca (2005) and Non luogo a procedere (2015). 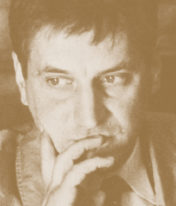