Within the framework of the theme ‘Theatre, audience and society’, the Erasmus Prize 2014 went to the Belgian festival director Frie Leysen (1950). Frie Leysen was honoured as a ‘fearless champion of the arts, who contributes to innovation in international theatre’. Throughout her career she has been a vigorous advocate of unknown theatre-makers, driven by her own artistic curiosity coupled with a desire to give audiences a special experience. She is committed to providing a platform for non-Western theatre productions in Europe. This international orientation, fundamental curiosity and critical attitude earned her the prize.

Frie Leysen founded deSingel in Antwerp in 1980. Under her leadership, deSingel became an internationally renowned arts centre with a unique programme. In 1994 she founded the bilingual Kunstenfestivaldesarts in Brussels. In her ten years at the helm, it grew into an influential festival for both Belgian and international arts. Over the following years, she expanded her area of work into Europe and beyond. In 2007 Frie Leysen organized the multidisciplinary Meeting Points festival in nine Arab cities. In 2010 she was curator of Theater der Welt in the Ruhr region, and in 2012 artistic director of the Berliner Festspiele. In 2013 and 2014 she was artistic director of the Wiener Festwochen in Austria. 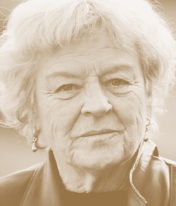