The Polish philosopher and historian of ideas Leszek Kolakowski (1927-2009) expressed in his work great criticism of social utopias, which mostly degenerate into totalitarian thinking. He showed tremendous personal courage by calling for vigilance in the face of these systems.

After studying philosophy at the University of Lodz, he published his great work on Avicenna in 1952. Upon his return from a trip to Moscow, which had left him disillusioned, he advocated a humanistic interpretation of Marx. His criticism of Marxism led to his dismissal from his post as Professor of Philosophy at Warsaw University. Kolakowski departed as an exile to Oxford, where in 1969 he published his study of Spinoza. He published widely on religious questions and seventeenth-century free thinkers. His three-volume History of Marxism gives an illuminating insight into the significance of Marx and Marxism. His many studies, books and articles, for which he conducted thorough research into theological questions, have been of huge significance to Western society.

Leszek Kolakowski and Mme Aron donated their prizemoney to the Fondation pour une Entraide Intellectuelle Européenne, to be used for travel grants for Eastern European writers, scholars and artists. 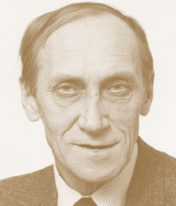