The Erasmus Prize for human rights was awarded to the International Commission of Jurists (ICJ). Respect for the rights of man is a great good in European culture and one of the pillars of democratic societies.

The ICJ was founded in Berlin in 1952. It is now a worldwide organization with an international secretariat in Geneva. The ICJ is made up of some sixty eminent jurists who represent different legal systems throughout the world. The ICJ is dedicated to the independence of the judiciary and the legal profession; its aim is to defend and strengthen the Rule of Law.

Especially in developing countries, the organization provides training and education for the professionals who defend the rights of the poor and underprivileged. The establishment of the Centre for the Independence of Judges and Lawyers has played an important role in this regard. The ICJ sponsors research missions, posts eminent jurists to observe trials, and reports on all its findings. The organization helps to draft the texts of international treaties and acts as a watchdog, monitoring whether or not existing treaties and the Universal Declaration of Human Rights are being observed.

Niall MacDermot, then Secretary-General of the International Commission of Jurists, accepted the award. 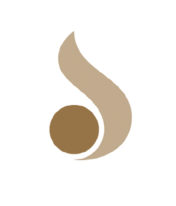