Europe’s large urban agglomerations were the subject of the Erasmus Prize in 1985. The focus was not on the architecture or planning of a single city, but rather on urban planning that is deliberately executed and can be seen as a successful way to manage the growth of large cities or conurbations such as London, Paris, the Ruhr region and the Randstad.

The French administrator and city developer Paul Delouvrier was the driving force behind the plan for the Villes Nouvelles in the region around Paris known as Île-de-France. His plan, meant to prevent uncontrolled expansion of the city, called for five new urban centres to be built at some distance from the old city of Paris but linked to the centre by high-level public transport.

Paul Delouvrier (1914-1995) had held various posts in the public financial administration of France and Europe when, in 1958, President De Gaulle appointed him to be Délégué Général in Algeria. Upon his return to France in 1961, he was made Prefect of the ‘Région de Paris’, where he established the basis for the ‘Schéma Directeur d’Aménagement et d’Urbanisme de la Région de Paris’. In 1969 he became President of ‘Electricité de France’ and from 1979 until his death he worked on the development of the ‘Etablissement Public de la Villette’, the culture and science park constructed on the former abattoirs in Paris.

Paul Delouvrier was neither architect nor city planner, but rather an administrator, with a positive attitude towards growth and the future and a humanist’s concern for man and his environment, who proved capable of realizing a concept of geographic planning within existing frameworks. 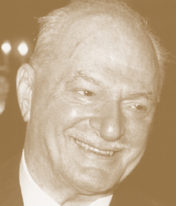