Theme: The future of democracy

The German scholar Jürgen Habermas (1929) received the Erasmus Prize in 2013. Jürgen Habermas is a tireless champion of a democratic and just society. He criticizes the political elites for short-term thinking and their failure to create broad, democratic, societal support for Europe. He forcefully argues in favour of a continued political integration of Europe.

Jürgen Habermas has built up an enormous oeuvre, in which he has consistently emphasized the importance of dialogue and human dignity. Among his best-known books are Zur Strukturwandel der Oeffentlichkeit (1962) and Theorie des kommunikativen Handelns (1981). The current political and financial-economic crises and the fate of Europe are subjects for his frequent public lectures and are discussed in his more recent essays such as Zur Verfassung Europas (2011), as well as in his numerous public appearances.

Habermas is one of the most influential philosophers in the world. His work addresses topics ranging from social-political theory, aesthetics, epistemology and language to the philosophy of religion. His ideas have significantly influenced numerous fields, including philosophy, political/legal thought, sociology, communication studies, argumentation theory and rhetoric, developmental psychology and theology. Additionally, Habermas has played an active role in debates on a variety of political and social subjects. His plea for political solidarity and European integration is unabated. 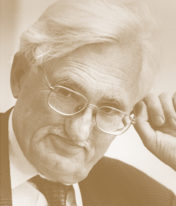