‘In the present situation, we owe it to our humanity to seek the truth with wisdom, honesty and courage, so that our existence may thereby be closely examined, and so that we can live in harmony with our being. This also applies to the existence of Europe,’ Jaspers said in 1958. His statement captures the essence of his philosophy. Karl Jaspers (1883-1969), psychologist and philosopher, was awarded the Erasmus Prize because he had dedicated his life and career to one of the best traditions of European culture: the free and undaunted consideration of the essential problems of human existence.

Born in 1883, Professor Karl Jaspers studied law and medicine at Heidelberg, Berlin and Göttingen. In 1916 he became Professor of Psychiatry at Heidelberg, where he published his Psychologie der Weltanschauungen (1919) which marks his transition from psychology to philosophy. In 1921 he accepted a chair of Philosophy at Heidelberg,but was forced to retire early in 1937, after the national socialists took power. Professor Jaspers refused to divorce his wife Gertrud Mayer, who was Jewish; in 1938 he was also banned from publishing his work. Right up until the liberation, the Nazi regime threatened to send the couple to a concentration camp. After World War II ended, Jaspers accepted a position at the University of Basel, where he worked until his death in 1969.

Wisdom, honesty and accountability are constant factors in Jaspers’ work. His basic premise, to which his many writings bear witness, is the free expression of the individual. Karl Jaspers opposed atomic weapons and argued fervently in favour of maintaining open communication.

Karl Jaspers and Robert Schuman used their Erasmus Prize for a Seminarium Erasmianum. It was held at Noordwijk in 1962, in conjunction with the Europa Institute of Leiden University. The aim of the seminar was to facilitate in-depth debate between two generations of scholars regarding Europe’s contribution to a developing world. 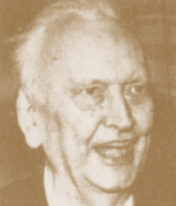