Theme: The future of classical music

The theme of the Erasmus Prize this year was ‘The future of classical music’. With this, the Foundation wanted to honour initiatives that breathe new life into this art form. The prize was awarded to José Antonio Abreu for founding El Sistema, a network of symphony orchestras in Venezuela in which children from poorer families learn to play classical music together.

José Antonio Abreu (1939-2018) was a classical musician, worked as a professor of economics and planning at various universities, and was a deputy in the Venezuelan Congress. In 1975 he founded Venezuela’s National Youth Symphony Orchestra. The success of this orchestra led to more youth orchestras, resulting in El Sistema, the National System of Children and Youth Orchestras of Venezuela. Abreu had the vision to address social problems and poverty by giving children a musical instrument and teaching them to play in a symphony orchestra. By introducing young people from poor families into the world of music, he sought to offer them alternatives prospects. Music became an instrument of change.

El Sistema has grown to become an important social project that has already reached 400,000 children. Moreover, it has produced some world-famous youth orchestras and conductors, among them Gustavo Dudamel. El Sistema, now called Fundación Musical Simón Bolívar, is a source of inspiration for similar initiatives all over the world and contributes to the appreciation and innovation of classical music. 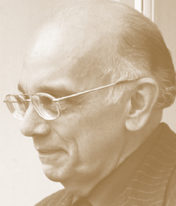