Professor Jan Tinbergen received the Erasmus Prize – the first Dutch recipient of the award – for his pioneering work in connection with the development of the new science of econometrics. Through his work, he succeeded in developing guidelines for the study of economic problems that have received worldwide recognition. Impelled by idealism and humane concern, moreover, he dedicated himself to Third-World development.

Jan Tinbergen (1903-1994) studied mathematics and physics at Leiden, where he earned his doctorate in 1929 with a dissertation entitled Minimum Problems in Physics and Economics. From 1929 to 1945, he was attached to the Central Bureau of Statistics (now Statistics Netherlands), for the last ten years as its managing director. In 1933 he became extraordinary professor of statistics, economics and econometrics at the School of Economics, the precursor of what is now Erasmus University Rotterdam.

From 1936 to 1939, Tinbergen was attached to the secretariat of the League of Nations in Geneva, Switzerland. During his time there, he wrote his well-known works on statistical research into market trend theories, having previously developed a method using econometric models in economic policy. He was the instigator and first director of the Netherlands Bureau for Economic Policy Analysis. In Rotterdam, he established a department dedicated to drawing up programmes for the long-term economic development of developing countries. He was a proponent of the theory according to which the large existing economic orders will eventually converge.

In 1969, Jan Tinbergen shared the first Nobel Prize for Economics with Ragnar Frisch of Norway. 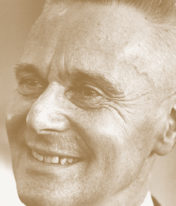