Martin Buber (1878-1965) was awarded the Erasmus Prize for having clarified Jewish belief in the light of the ‘life of dialogue’ arising from man’s personal encounter with God. In doing so, he cleared up many misunderstandings and prejudices in the dialogue between Judaism and Christianity, as well as Biblical belief and modern culture.

Born in Vienna, Martin Buber spent much of his childhood with his grandparents in Ukraine; his grandfather was an authoritative researcher of Jewish Biblical interpretation. After studying philosophy and other subjects at universities in Vienna, Leipzig, Zurich and Berlin, Buber taught comparative theology in Frankfurt until 1933. He fled Germany in 1938 and taught general sociology and philosophy in Jerusalem. Martin Buber authored many books and articles, primarily on the philosophy of religion, Hasidic literature, Biblical studies and sociology. His views on Zionism differed from those of Theodor Herzl. He was not primarily focused on achieving a nation-state, but on pursuing social and spiritual enrichment.

Buber assumed the role of mediator between the faith of ancient Israel and modern western man. He took an optimistic view of the possible cooperation between Jews and Arabs. His work also resonated beyond the confines of the academic world, e.g. through his original and surprising German translation of the Old Testament. Martin Buber died in Jerusalem.

Martin Buber devoted his Erasmus Prize to studies of the Dutch Jews before, during, and after the Second World War. As part of this, support was given to J. Michman for his dissertation The problem of German-Jewish refugees in the Netherlands from 1933 to 1940; to the project ‘Documentation of Hachsjara and Alya in the Netherlands’, and to the commemorative book of Hartog Beem. A subsidy was extended to the symposium on ‘History of the Jews in the Netherlands’, held in Amsterdam in 1980. Financial contributions were also made to the series Studies on the History of Dutch Jewry and publications by the Leo Baeck Institute in London. 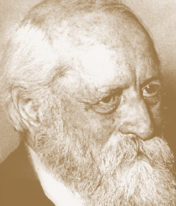