An extra Erasmus Prize was awarded in November 1977 to the then 89-year-old statesman Jean Monnet. Because of his feeble health, the ceremony took place at his house in France.

Jean Monnet (1888-1979) devoted his whole life with great idealism to the European cause. He was indefatigable in his striving for a European community of nations that would abolish war. As early as the First World War, Monnet was able to bring about a new economic collaboration between France and Britain. After the end of the Second World War, ‘the father of Europe’ as he was rightly named, did much to achieve the Franco-German economic collaboration that took the form of the European Coal and Steel Community, of which he became the first president in 1952. This community was the first step on the way to the European Union.

Published in 1976, Monnet’s memoirs are an essential source for historical research into a process of which the ideal is European unification. The versatile Monnet always tried to convince Europeans that apart from their national ties they also possessed an essential common heritage. He has thus become a source of inspiration for many post-war leaders.

In 1978 the ‘Fondation Jean Monnet pour l’Europe’ was founded, based in Lausanne, which supports initiatives dedicated to the advancement of Europe and inspired by the ideas, methods and actions of Monnet. Monnet donated his valuable archives to this foundation, which form the basis of research and studies on the future of Europe. The Erasmus Prize was used by the foundation to enable research. 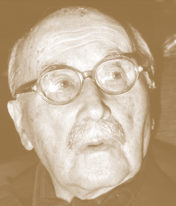