It was in the auditorium of the University of Milan that the Erasmus Prize was first awarded, in 1958. The award was unusual in that it was given not to an individual or an institution, but to a group: the Austrian people. The reasons for the award are stated in the citation: ‘Amid political, economic and social circumstances, and confronted with an immense cultural reorientation, Austria (…) set itself the aim of not merely accepting its cultural heritage but of securing it, renewing it, and integrating it within a European perspective. Thus Austria, with its capital Vienna, has become the shining example of a positive mentality, of courage, energy and confidence in the future of Europe, by the way in which as a “minorité créatrice” it opened paths for the free nations of Europe to follow.’

A committee consisting of prominent Austrian politicians and the Dutch ambassador to Austria was appointed to allocate the prize funds. They decided to institute grants to Austrian students studying abroad and to foreign students at Austrian universities. Part of the prize was allocated to the Austrian excavations at Ephesus. 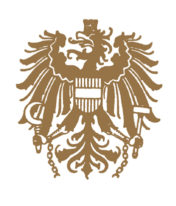