The conductor Nikolaus Harnoncourt and the organist and harpsichordist Gustav Leonhardt received the Erasmus Prize in 1980. Both laureates were deeply involved with the music of the past, notably with the interpretation and performance of music from the Baroque. Through the study of period instruments, scores and historical sources, they have reached a new vision of the interpretation of Baroque music. Their performances have become a model for the interpretations of other performers of the music of the 17th and 18th centuries, the Baroque and earlyBaroque. Notably the cantatas of Johann Sebastian Bach and the musical dramas of Claudio Monteverdi have been made available to a wide public through the performances by Harnoncourt and Leonhardt.

Nikolaus Harnoncourt (1929-2016) trained as a cellist in Vienna. He was a member of the Wiener Symphoniker from 1952 to 1969. In 1953 he founded his own company ‘Concentus Musicus Wien’, which specialized in performing early music. Harnoncourt started by collecting Renaissance and Baroque instruments and studying the problems of performing early music. Subsequently he devoted himself to conducting and interpreting the work of Bach and Monteverdi and led courses and studies in interpretation. Over the years he broadened his scope to include the Classic and Romantic composers. Harnoncourt taught his ideas on music for many years as Professor in the Performing Practice at the Mozarteum in Salzburg.

Nikolaus Harnoncourt used his prize to finance a facsimile edition of works by Mozart: the Violin concerto in A, KV 219; the Aria for tenor, KV 431; the Aria for soprano, KV 528, and the Piano concerto in F, KV 459, published by Bärenreiter Verlag, Kassel. 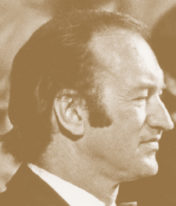