Maurice Béjart (1927-2007) made his début as a dancer in his native city of Marseilles. In 1945 he settled in Paris, where he was attached to Roland Petit’s Ballets des Champs-Elysées. In 1954 he founded Les Ballets de l’Étoile, known since 1957 as the Ballet Théatre de Paris. He led the Ballet du XXe siècle in Brussels, Belgium from 1960 on, establishing his own dance school ten years later: Mudra. In 1977 he founded Mudra Afrique in Dakar. In 1987 he moved to Switzerland, where he founded the Béjart Ballet Lausanne and the Rudra dance school.

Béjart’s frequently symbolic, modern forms are strongly influenced by modern American ballet and the free and modern dance style of Rudolf von Laban, who chiefly emphasized personal movement and expression. The way in which Béjart interpreted the multitude of human emotions in movement and gesture led to a renewed consideration of the art of dance. Some of his ballets are written to new music, others to famous classical compositions (varying from Mozart to Boulez and his favourite composer Wagner), while others take the form of what he described as a ‘spectacle total’, in which he used various approaches to choreography, theatre, music, and plastic expression. Béjart’s best-known ballets include Symphonie pour un homme seul (1955), Le Sacre du printemps (1959), L’Oiseau de feu (1970), Casse-noisette (1998) and his final ballet Le Tour du monde en 80 minutes (2007).

Maurice Béjart devoted his half of the Erasmus Prize to his ballet and movement school, Mudra, located in Brussels, Belgium. In addition, students received grants and specialists were brought in to teach courses and facilitate contact between students and other cultures. 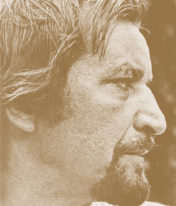