‘History of Science’ was the theme of the 2005 Erasmus Prize. The prize was awarded to two scholars: Simon Schaffer and Steven Shapin.

The names Simon Schaffer (1955) and Steven Shapin (1943) immediately bring to mind their joint publication Leviathan and the Air-Pump, a ground-breaking work in the field of the history of science. With this book, and also through their individual work, Simon Schaffer and Steven Shapin have changed the way people think about the history of science and its complex relationship with culture and society. They have shown how science and society are not separate entities that exist independently, and either influence each other or not. Instead, the practice of science, both conceptually and instrumentally, is seen to be full of social assumptions. Crucial to their work is the idea that science is based on the public’s faith in it. This is why it is important to keep explaining how sound knowledge is generated, how the process works, who takes part in the process and how.

In his book The Social History of Truth, Steven Shapin explains the social history of scientific truth. Recently he has been studying the past and present science of nutrition, and the relationship between science and industry. 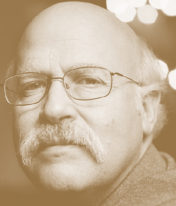