The theme of the Erasmus Prize 2015 was ‘Digital culture’. Wikipedia received the Erasmus Prize because it has promoted the dissemination of knowledge through a comprehensive and universally acceptable encyclopaedia available to everybody. To achieve that, the initiators of Wikipedia have designed a new and effective democratic platform. The prize specifically recognized Wikipedia as a community — a shared project that involves tens of thousands of volunteers around the world who help shape this initiative.

The prize was awarded to three young representatives of the Wikipedia Community. Each of them highlighted new initiatives within Wikipedia. They include the project Wikipedia Zero, in which mobile telephony providers in Africa and Latin America make Wikipedia available to everybody free of charge. The Wiki Loves Monuments project is an annual photo competition about monuments and cultural heritage.

By distributing knowledge to places where it was previously unavailable, Wikipedia also plays an important role in countries where neutrality and open information are not taken for granted. It is a digital reference work available in various languages, undergoing permanent development. Through its open character, Wikipedia highlights how sources of knowledge are not neutral and must always be weighed. With its critical attention to text, sources and the expansion of knowledge, Wikipedia reflects the ideas of Erasmus. 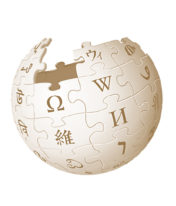