The theme of the fortieth anniversary of the Erasmus Prize in 1998 was ‘Experience and Expectation’. This theme has played a role in the work of both of the laureates for 1998: Mauricio Kagel and Peter Sellars.

The Erasmus Prize was awarded to Peter Sellars because he confronts his audiences with the ignorance and injustice that exist in society, thus forcing them to become morally engaged. With his vision of art, morality and politics, he breaks down the barriers between elite and popular culture and challenges established points of view.

Peter Sellars gained fame as artistic director (in 1990 and 1993) of the Los Angeles Festival, a large-scale and interdisciplinary festival to mobilize the arts at grassroots level in a city populated by many different ethnic groups where more than 120 languages are spoken. His intercultural theatrical experiments have made diverse communities aware of their own cultures and heritage and have helped to teach respect for the other.

At the invitation of festivals like Glyndebourne and Salzburg, he has directed operas in which he has specialized in the twentieth-century repertoire, including Saint François d’Assise (Messiaen), Nixon in China and The Death of Klinghoffer (Adams), The Rake’s Progress (Stravinsky) and Le Grand Macabre (Ligeti). His productions of Mozart’s operas are renowned. In 2005 he wrote the libretto for John Adams’ opera Doctor Atomic, which he also directed. He also wrote the libretto for his opera Girls of the Golden West, which premiered at the San Francisco Opera in late 2017. Peter Sellars is professor of World Arts and Cultures at the University of California in Los Angeles, where he teaches ‘Art as Social Action’ and ‘Art as Moral Action’. 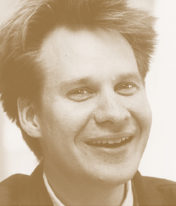