Edward Schillebeeckx (1914-2009) from Flanders was a member of the Dominican order. He studied philosophy and theology at Ghent, Louvain and Paris, where he took his doctorate in 1951. When he received the Erasmus Prize in 1982, he was Professor in Dogmatics and the History of Theology at Nijmegen University. Professor Schillebeeckx was a critical, reflective theologian.

He sought to adapt the original message of the Bible to the present day, without neglecting the religious doctrine, thereby breathing new life into the gospel. His highly scholarly publications translate the theory of religious tradition into a dialogue between the church and society. In Schillebeeckx’s view, innovation in the Church must arise from the basis, that same basis upon which every living community of Christ must flourish, in imitation of the first Christian community. A key word in his theology is ‘liberation’, emanating from the hope that is founded in God, the Liberator.

In spite of his difficulties with the Church of Rome, Professor Schillebeeckx has had great influence, and not only in Roman Catholic circles. He was editor-in-chief of the ecumenical periodical Concilium and wrote many books, the best known of which is Jesus, the Story of a Living Being (1974).

Edward Schillebeeckx gave his prizemoney to Concilium, the international periodical for theology, of which he was editor-in-chief. The periodical has an interdisciplinary approach and appears worldwide in six languages. 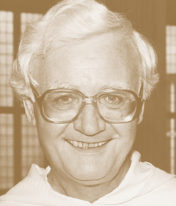